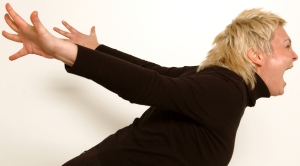 This year’s World Sacred Music Festival offers its first ever trips down into the eerie underworld of Brighton’s magnificent Victorian sewers, with experimental Norwegian folk singer Unni LØvlid. The Festival has teamed up with Southern Water to bring Unni’s haunting songs, inspired by the west coast of Norway, into this unexpectedly beautiful, acoustically resonant setting.

“The audience will have to wear stout shoes and hard hats for the performance!” says Kate Whyman, festival director. “We wanted to try out unusual venues this year, to attract people who might not normally come to a sacred music concert.”

The Festival – which has the theme Divine Voices – will showcase the extraordinary power of our vocal chords to invoke wonder, awe and mysticism. This year there is a special focus on music from Christian, Jewish and Muslim traditions. Highlights include cantor Steven Leas with the London Jewish Male Choir in Brighton’s historic Middle Street Synagogue (Thu 14 October); stunning a cappella polyphonic singing from Corsica’s Barbara Furtuna (Fri 15 October); Arabic music from renowned Palestinian vocalist Reem Kelani (17 October). The Festival also features a brand new composition called The Hours, which is a 12-hour sound installation of singing and recitation from the world’s diverse religious traditions. It is composed and performed by British choral specialists The Clerks Group, with contributions from Brighton faith-based groups.

Local resident Kate Whyman, of St Nicholas Road, founded the World Sacred Music Festival in 2004 and has been the artistic director ever since.

“The idea came out of my love of music combined with a fascination for the different ways people express their relationship with the divine/sacred/God (or whatever they call it)”, Kate tells The Whistler. “I strongly believe that music can cross boundaries of faith, culture and language so I see the festival as a force for greater understanding, as well as wonderful entertainment. I find the musicians by various means – through the web, through contacts in the music business, by word of mouth – and often they find me. I was on holiday in Corsica when I found out about the island’s tradition of stunning polyphonic singing and was blown away by it, which is why I’ve booked Barbara Furtuna for this year.

“Sometimes the artists turn out to be on my doorstep, like the change ringers who practise at St Nicholas Church, and sometimes they come from as far afield as India or Japan. It’s been a real journey, discovering just who is out there and what they’re doing, and I’m constantly learning. The festival is my passion, and when it goes well it’s incredibly rewarding – although it can be stressful and, of course, funding is a constant challenge. However, my ‘real’ (paid) job as a freelance music PR, working with classical and world music artists and organisations, pays the bills.”