Spotted Near The Dials 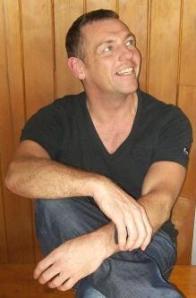 I met Kevin Freeman at the Brighton & Hove Business Speed Networking show mentioned in the Oct/Nov edition and there was something about this stylish and gentle man that I wanted to find out more about. Kevin is the creative powerhouse behind Renaissance Design, a truly multi-talented Renaissance man, a dress, costume and installation designer. It’s only a hop, skip and a jump from the West Hill to Western Road where Kevin has his studio on the top floor above Fabric Land.

He creates bespoke bridal gowns, evening wear, costumes for singers and actors (including Frances de la Tour, Saffron Burrows and Ralph Little when he worked for the BBC, and more recently for Suzie Kennedy – the world’s No 1 Marilyn Monroe impersonator – Katherine Ellis, Sandie Shaw, Carol Harrison), and installations for many different events. His wedding dresses are not for blushing brides – he’s had many weird and wonderful commissions from people who want something different and eye-catching. “When I was little I used to have a set of Disney books and I remember drawing medieval princesses with pointy hats on the fly covers of them,” Kevin says. “I’ve always been interested in clothes and design and colours.” His bridal gowns start at £1500 and he designs to the specifications of his customers, who come in all shapes and ages but have one thing in common, they want their fun and adventurous characters to be reflected in the creations that Kevin designs for them. You’ll have to allow at least 6 months if you want Kevin to make you a wedding dress, but it’s normal for most people to start planning their big day 12-18 months in advance.

Kevin studied theatre design at Wimbledon, but he was always more interested in theatrical clothing and went on to design costumes for touring productions, the Young Vic and for big events held at Trafalgar Square and the O2. In 2005 he took a job as Head of Fashion at Hastings College and moved to Brighton, where he started Renaissance Design in 2007. He’s recently designed outfits for the winners of the British Hair Awards in the Avant Garde and Afro sections and the fabulous front cover of The Whistler shows another of his creations, a costume for Santa’s Tickly Tale, a children’s play produced by Whizz Bang Pop and Renaissance, which, unfortunately, will be over by the time this paper hits the streets. Kevin has returned to his theatrical roots once again to design the costumes and the scenery for the show at the Iambic Arts Theatre, which we’ll tell you all about in the next edition.