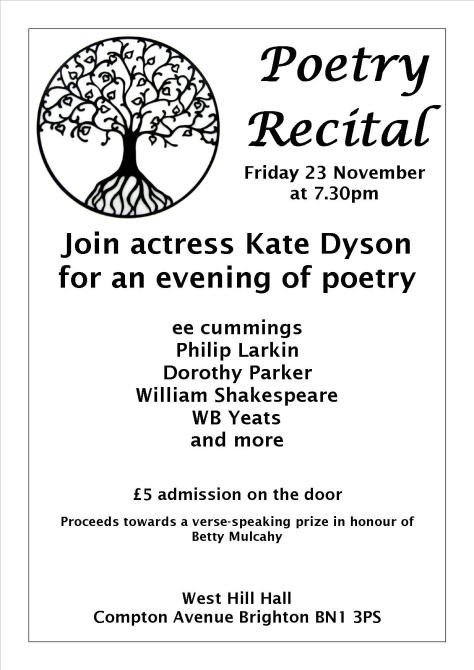 Autumn Lates: Who said that extra hour had to be spent in bed?

Celebrate the extra hour this year with BREMF @ Autumn Lates.
Join the celebratory journey through Europe at a spectacular Autumn Lates Event at the Brighton Early Music Festival: Saturday, 27th October 20:30 and 22:30.

This year the Queen and Country have been celebrating Her Majesty’s 60 years on the throne. In the spirit of celebration Brighton Early Music Festival has a celebration of its own taking place this year – BREMF’s 10th Birthday! To celebrate this special birthday, the festival is putting on a free Autumn Lates event. It will take place this Saturday, October 27th, the day that the clocks go back, at St Bartholomew’s Church, Brighton, with two performances at 20:30 and 22:30.

Autumn Lates is a series of twenty events taking place throughout October and November put on by a number of local arts organisations, including Duke of Yorks, Photo Biennial, Fabrica, Same Sky and Marlborough Theatre. The series is happening as White Night is taking a break, whilst plans are being made for its future development. As White Night was such a popular occasion for four years, it is planned to build on it in future years.

In the meantime, this year, on the night when the clocks go back, Saturday 27 October, Brighton Early Music Festival has a birthday party.

“Autumn Lates: BREMF’s 10th Birthday Celebration will follow the same format as last year’s BREMF @ White Night,” explains Co-Artistic Director, Clare Norburn. “The music ranges from Bach to Schubert, and we have challenged the musicians to try new things – so they are combining their performances with film, shadow puppetry, dancing and readings. All this, in the stunning setting of St Bartholomew’s Church, the tallest church in Europe with beautiful ambient lighting. We will also strip out most of the chairs, so that the audience have the space to wander about and experience the music and follow the musicians all over the building. As at last year’s White Night, we intend to break down some of the barriers that sometimes exist in a formal concert between performers and audience, giving audience members a completely different and magical experience.”

One of five ensembles taking part is Oxford Baroque Ensemble whose music will accompany by a film which, together with the music, will explore the concept of perpetual motion. Musica Poetica will focus on improvisation and ornamentation in 17th Century German music while the Borromini String Quartet celebrates the streets of Madrid, combining the music of Boccherini with new choreography and dance and the unusual addition of shadow puppetry. The Ensemble de Trianon takes us the musical activities of the Court of Versailles including music by Charpentier, Remeau, Montéclair and LeClair. Finally, we take our seats in a 19th Century Salon with the Duo Flauguissimo who bring us works by Paganini, Schubert and Gluck with a recital of poems from a special guest actor. So, quite a birthday party!

And it doesn’t just end on 27th October: returning to Brighton Early Music Festival for a special Showcase event on Thursday, 1st November are two groups who stole the show at BREMF @ White Night in 2011: The Marian Consort and Le Terra e il Mare. Taking inspiration from their White Night event last year, both groups will create an ambient and informal performance with lighting and creative use of the beautiful space of St Mary Rock Gardens to celebrate music from the 16th and 17th Century. Travel from the court to the tavern with music by Couperin and Charpentier and celebrate Renaissance women in songs, motets and madrigals by Janequin, Byrd and Gabrieli.

The BREMF Autumn Lates event on 27th October is free and no tickets are necessary. The audience is free to come and go as they please throughout the evening. For the Showcase concert on 1st November, tickets can be purchased from http://www.bremf.org.uk: £12 and £10 concessions.

We are writing to update you on recent developments and seek your help and assistance.

Residents and local groups have arranged for lawyers’ letters (see attachments below) to be sent to the council following the Council’s granting of planning permission for the tall 5/6 storey hotel on the site of the former ice rink in Queen Square, on the southern boundary of St Nicholas churchyard.

For those not already aware, the planning committee was branded by the press as a ‘shambles’ with members confused, the first vote to refuse permission being retaken once campaigners had left, officers misdirecting members during voting and underplaying important information in the officer report and presentation.

The officer report and presentation made no mention the of churchyard being an important local park and relied on the developer’s view that the need to chop back important ancient elms trees was of little significance. All of which sets a very dangerous planning precedent for both future Brighton applications and national planning policy.

This led locals to believe the process was seriously flawed. The council administration are so determined to railroad this development through in their hunger for the substantial sum of money they will get from selling the site with planning permission, serious local objections to the way the Committee handled the application would not be allowed to stand in their way.

Local residents and organisations engaged specialist lawyers who studied the podcast of the meeting and the accompanying minutes and officer reports. The residents’ lawyers concluded the decision was unlawful and detailed their findings in six pages of failures. They formally advised the Council that the first vote to refuse planning permission should be upheld as the only lawful decision the Committee took. Alternatively, the application should sent back to the Planning Committee to be dealt with properly. Their findings cited case law and other council examples.

Sadly, the Council’s officers refuse to accept the wrong-doing and their lawyer merely brushes over many of the failings and unlawful procedures set out in the residents’ lawyers’ letter.

Residents’ lawyers have demonstrated how the Council could and should lawfully refer the application back to the Planning Committee to consider it properly, in an open and transparent manner with all parties and interests being able to have their say.

Only a lack of political will amongst the Council’s Green administration prevents this – their protestations that they cannot intervene are wrong and disingenuous.

We therefore urge all residents to contact your local councillors and the Council Leader Jason Kitcat ( Jason.Kitcat@brighton-hove.gov.uk) to lobby for the return of the hotel application back to the Planning Committee so it can be determined properly as this would be the correct, legitimate, and only lawful and honourable thing to do.
Wykeham Terrace Residents’ Association, Montpelier and Clifton Hill Association and St Nicholas Green Spaces Association