If I were to write “I’m a Naked Angel’ you might think I’m a columnist desperate for the reader’s attention. But the truth is that I am a Naked Angel, along with 125,000 others in the UK.

Naked Wines is an online wine seller with a difference: they take your money in advance, invest it by funding winemakers upfront, and sell you their wines for a price that, as value for money, beats the supermarkets. They are Naked because they aim for transparency (and they want to cash in on that use of the word that Jamie Oliver made fashionable) and we are Angels in the sense that is used in the entertainment world – people who fund something upfront which could not otherwise be made. Sounds great; but is it just another online wine club with a fancy way with words? 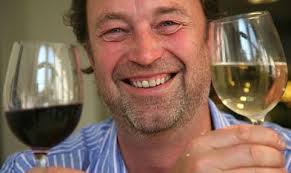 The firm was founded in 2008 by Rowan Gormley and 12 former colleagues from Virgin Wines, which Rowan ran before he was sacked (though Wikipedia says he resigned). They had spotted the great problem facing every winemaker: it takes so many years to plant vines, harvest grapes, make and mature wines that winemakers only make money years after they’ve done the work. It’s a problem that stifles change and especially inhibits young winemakers who can’t raise the initial cash. It puts prices up because those winemakers who have borrowed to get started have loans to pay off. So the Naked idea is: get the money from the customer in advance, pick a winemaker with talent, agree a price for the bottles that will be forthcoming in a few years time, give them to the customers instead of giving them their money back – although if they prefer to have their money back they can.

But does it really work like that? I met three winemakers at a tasting in Brighton who had been funded by Naked. And when in Australia I called in on Jen Pfeiffer to see the operation first-hand. And the answer is, yes it’s genuine!

Sam Plunkett is a medal-winning winemaker in Australia who suddenly found himself without a winery – it had been sold out from under him. Lots of people pitched in and Naked Wines was one of them. Now Sam is winning medals again and Naked Wines is getting the wines.

Benjamin Darnault learned his winemaking skills in Australia and around the world. What better, he thought, than to move his young family to his native France and make wines there. But the rigidity of French commercial life meant that he couldn’t break into it except in a very small way. In desperation he sent a sample to Naked Wines. Soon Rowan was on the phone ordering wine and when the payment arrived it was for three times the agreed amount. Benjamin thought it was a mistake, but no; the extra two payments were funding for the next year’s wine, so he could make the wine he really wanted to make.

Jen Pfeiffer is in a different situation; she’s the daughter of a winemaking family already successful in Rutherglen, Australia. Jen is young and excited, and wanted to create her own range of wines that would be less heavy than traditional Aussie wines – more elegant, subtle, complex. She can only do that with upfront funding and that’s what Naked’s investment has given her. In return, Naked gets her wine; and it’s elegant, subtle, complex – lovely wine at about £10 a bottle.

So it’s a win-win-win situation. For winemakers, drinkers, and, of course, Naked Wines.