Throughout March 2014, my mother had an exhibition presented in her name at ‘Churchill Square’. It displayed some of the clothes she wore in the 1960s.

It was called the ‘Concetta Exhibition’, her clothes, together with photos and snippets of biography, were displayed in glass cabinets on the walkways inside the centre.

I’m aware that some of The Whistler readers saw the exhibition and the overall feedback was very positive.

After my mother died in June 2012 I started to sort through her personal things. In the process I came across two large suitcases, and inside, neatly packed in between tissue paper, were clothes I recognised that she used to wear in the 1960s.

I contacted a friend in the fashion business who, in turn, put me in touch with someone called Hannah who was interested in vintage clothes.

When we met up she was surprised by the condition and quality of the clothes. She suggested donating some of the clothes to the fashion department at Brighton university, and I agreed. A student called E-J Scott was so impressed by my mother’s clothes that he made the collection part of his masters degree in History of Design and Material Culture. He wanted to put a human face to the clothes, so he made contact with me. 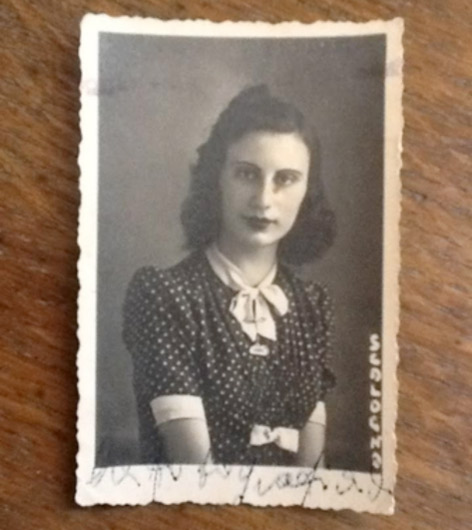 When we met up he asked if I minded him recording me talking about my mother, I jokingly said as long as you don’t want to film me! Some time later he left, with more than he bargained for. I understand he eventually passed his degree with flying colours.

In the early part of this year I received an email from E-J telling me about the forthcoming exhibition. I was surprised but also pleased at the idea. Then, at the beginning of March, I received phone call from E-J saying the BBC wanted to interview me. I was thinking he meant local radio but in fact it was local TV.

I suddenly found myself in front of a camera, a rather nerve-wracking experience if you don’t like being filmed!

How did this all came about? According to E-J he was walking through Churchill Square one day and thought to himself, “This is exactly where Concetta and Reg lived when they first came to Brighton, right underneath where I’m standing now.”

He got in touch with his lecturer in the fashion department and discussed it with her and the result was the exhibition, Concetta Trotta’s Everyday Clothing Collection 1964-1970