The years – how they fly

When I settled down to write my first article for The Whistler, I was ‘working from home’ typing a few lines, and juggling a bouncy – and somewhat noisy – baby. A couple of days ago, that baby celebrated his 16th birthday; now all muscles and hormones, strong and handsome, with the world at his feet.

A great deal of water has passed under the bridge since those days: on the day that he was born, the FTSE100 index closed at 5820, and it closed today at 6550, not a massive difference. During those years, however, it peaked (in December of that year) at 6920 and yet by February of 2003 was down to a low of 3280. By 2007, it was flirting with the 6500 level, and the following year – thanks to the interesting activities of some of the world’s most famous banks – had fallen by some 2000 points! It has climbed since then, with some minor setbacks, to today’s levels. “Not much of an investment”, some may say, but the index alone does not give an accurate reflection of the overall returns. If dividends were included in the index, then it would be comfortably over 9000. “Still not an eye-watering result”, you might add, but given all the years of decreasing interest rates (and the last 6 years at half of one percent) better than cash, and probably just enough to counteract the dreaded ravages of inflation, that sworn enemy of savers. 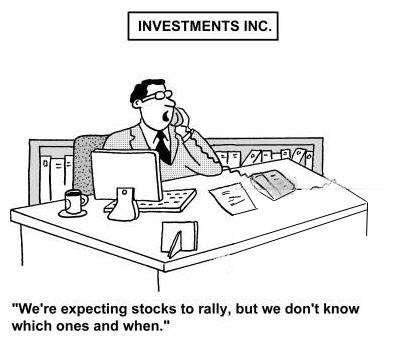 An index is, however, just that. An average, a snapshot of the financial well-being of a selection of diverse companies. A number of financial commentators will swear by index tracker funds to serve them well. Other folk (myself included) would rather trust a collection of those managers, paid handsomely to invest our money in a selection of companies, well researched, and tipped to exceed the indices that they are rated against. Not all of these managers are successful, indeed, many fail to out-perform their relevant benchmarks, time after time. Be that as it may, the cream does float to the top, and the best quality stock-pickers have produced excellent gains for their investors.

Throughout these ‘Whistler years’ I have espoused three basic themes: diversification, regular contributions, and the cyclical nature of markets. Even the best managers will have their leaner times – so do not put all your eggs in one basket; invest on a regular monthly basis, and if you have some spare, then put your money into the markets when they have been battered by the financial storms that will inevitably occur. The good times will, just as surely, come again. Not as predictably, but just as certain as the seasons.

That said, I’ll be back in the Spring, looking towards the impending General Election – which, now that I mention it – will probably cast a shadow of volatility over the UK, financially, for the first half of the year. World events will, of course, colour the picture, but I suspect that there will be no dramatic improvements in markets, until the current political uncertainty has been put firmly behind us.
Keep smiling: the days are getting longer, and before we know it, the clocks will go forward, and the sun will be high in the sky.

Until then, wrap up warm!