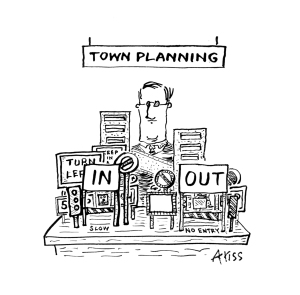 “We are aware of the problem with loose kerbs at the Seven Dials roundabout. However, we do not consider them to be a safety risk for either pedestrians or drivers.

“We are also conscious of the disruption the nearby works around Brighton Station, and indeed elsewhere in the city, have been causing.

“With this in mind we have therefore made a strategic decision to delay the repairs to the Seven Dials roundabout until the summer, after the nearby Brighton Station works have been completed. The scheme is still in the guaranteed maintenance period with the contractor, so the repairs will be done at their expense.”

STOP PRESS In the meantime, heavy metal bollards have been added to either end of the raised roundabout area as well as on the north end pavement where lorries have been cutting across it.