Kate Dyson takes our lives into her hands . . .

I have a problem which I have attempted to conceal for 51 years, and although those who know me well may have seen through me, to my knowledge the authorities, to date, appear to  remain in a state of ignorance. Since I fear that this state of affairs is unlikely to last for much longer, I have, with reluctance, decided to ‘come out’.

There are those amongst us to whom we refer as ‘born drivers’. Alas, I am not a member of that privileged elite. No, indeed, I am probably one of the finest examples of that group who should never be allowed to sit behind the wheel of any motorised contraption.

At the age of 19 I saw driving a car as my key to freedom. Whether it be to cruise gently along country lanes or speed out of control down motorways, this was an ambition that was matched only by my desire to spend my entire life ‘upon the wicked stage’. My character behind the wheel would be dependant upon the speed, the reason, and the  motivation for my journey.

My ever-generous father agreed to cover the cost of my driving lessons. This, of course, with no foresight as to how many I might require. I was not a natural. However, after a long period I did take my first test, and, recognising my limitations, decided that dazzling the examiner might be my only hope. I therefore arrived on the appointed day decked out in my white knee-high, peep-toe boots, wearing a tiny black skirt – hardly longer than my gold belt – and a figure–hugging white sweater. The sight of my naked thighs at his side I felt sure would be sufficient to swing his judgement.

Sadly this was not to be, as I was greeted at the test centre by an elderly lady with no sense of humour. My seven point turn, which only marginally missed a collision with a wall, did not amuse her, and when the gear stick came away in my hand as we wobbled around Hammersmith Broadway, her mood changed from fear to darn right anger. Needless to say, I did not pass the test, although given the problem with the gear stick, the driving school had no option but to offer me another chance.

I decided to defer my next attempt in order to work on my imperfections. Unfortunately it made no difference, as despite mastering my three point turn with only five manoeuvres, I failed again. 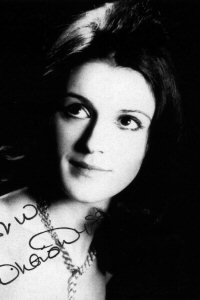 It was shortly after this that I secured my first professional engagement with the D’Oyly Carte Opera Company, touring around the UK, and it was there that I was befriended by Jenny Marks. A stroke of good fortune, as it was she who  allowed me to practise my driving in her Mini as we travelled from town to town. I did improve, and after six months applied for a third test. Sadly, despite my demure attire and modest ponytail, once again I was unsuccessful.

At 22, I got married, and reluctantly accepted that life as a passenger was possibly my best option. This did not last. Following the birth of my daughter, with the enthusiasm of youth, my  ambition to take charge at the wheel was rekindled. My dear, patient husband did his best to offer support, but finally, in an attempt to avoid an early divorce, passed me back to a driving school for further tuition. Extra practice was now offered by another Jeni: Jeni Evans who lived close by and who would drive us into the West End each evening where we were appearing in ‘Showboat’. Once again, my well-worn L plates came out of retirement. And then, finally, after seven years, thanks to Jeni’s good humour and heroic bravery, I became the proud owner of a full licence. That I was far too scared to drive alone for some months was a mere detail, and in no way deterred me from threatening the lives of other drivers and pedestrians alike. 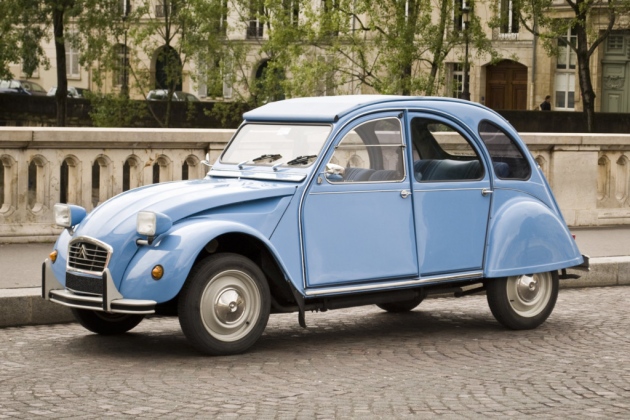 Inevitably, over the next 30 years, I did get better and became fairly competent, and, indeed, my ability to park in the smallest space imaginable was the envy of all the male drivers I knew. That it was motivated by the relief I felt at being able to leave the car was a detail I shared with no-one. As the proud owner of three Citroën 2CVs I even mildly enjoyed driving.

And then it happened. In an attempt to save both time and money I foolishly purchased a 50cc Lambretta scooter. But, oh dear, the image I had envisaged of arriving at The National Theatre clad in black leather and with my long hair flowing out from beneath my silver crash helmet, was destined to remain a dream. Indeed, the only journeys I ever mastered were from Crystal Palace to Dulwich and from Crystal Palace to Balham, and on both occasions, on my arrival, my nerves were so shattered that it was only after several black coffees that I was in any fit state to make the return journey. Finally, on the advice of a friend, I enrolled at the local Motorbike Training Centre.

The  Centre was at the top of Anerley Hill, a very steep hill, and our first lesson involved trainees having to ride, in groups of three, down the hill in front of the instructor, and to take the second turning on the right. This I did, and it was there that the instructor took me aside to inform me that my bike was in need of attention as the steering was faulty. I had no option but to confess. I needn’t have worried. Having established that blind terror was to blame, not the condition of the bike, he took me under his wing and assured me that I could repeat the course as many times as was necessary. I was shamed, but undeterred.

The second lesson followed the same route, but this time the trainees were to ride behind the instructor. And there she was. My role model. A stunning blonde in black on a 400cc silver bike!  So intent was I on watching her as we speeded down the hill, that even my fear was waylaid. That is until upon turning right my bike stopped and I watched her disappear from view. Nothing I did would restart the engine, and it was several minutes before she noticed that I was no longer behind her. She returned to find me, and  to my horror discovered that I had run out of petrol. My only consolation was that we had to abandon my bike, and I had the joy of riding pillion on her beautiful, throbbing machine. I guess I knew then that that was the nearest I would ever get to realising my fantasy.

I continued on the course, but never received a certificate, and for a few months after that I staggered and wobbled about locally, carefully avoiding any hills. This is not easy if you live in Crystal Palace. Rather like saying, “I am a plumber but don’t do toilets or drains.” I sold the bike two years later with only another 67 miles on the clock.

I only wish that were the end of the story, but sadly it was after that experience that my car driving deteriorated still further. Fear, I now know, seems to be my speciality. I have attended two speed awareness courses and currently have six points on my licence. I am too scared to drive at night, don’t do motorways and find friends and family prefer trains and buses to accompanying me on any journey further than 20 miles.