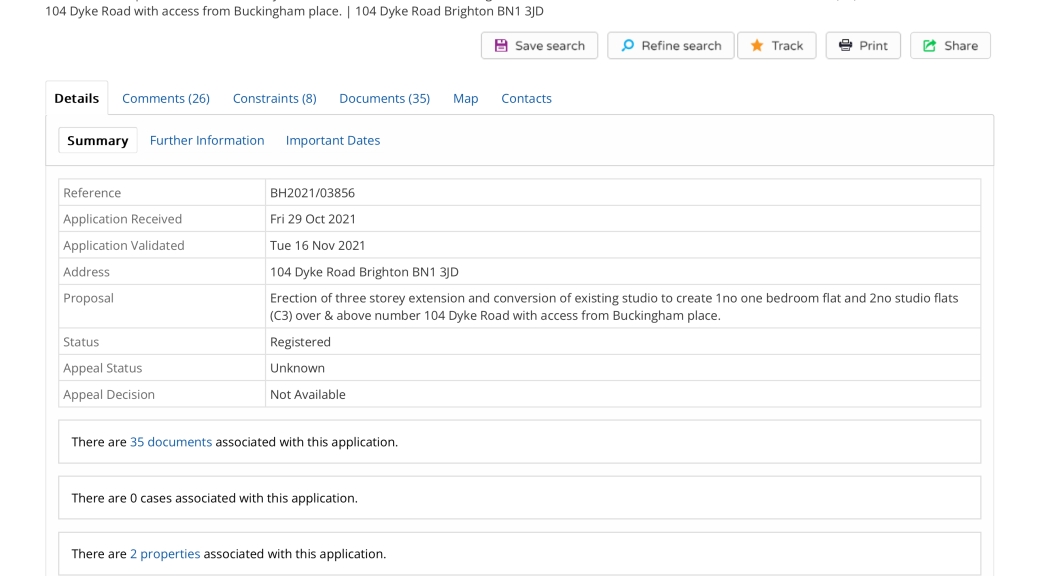 So a few days ago, I was floating through Facebook and there, in among all the really important stuff about Neal Maupay and arguments about what’s The Fall’s best album (you really want my Facebook feed now, don’t you), I saw this:

A VERY IMPORTANT NOTICE CONCERNING THE FUTURE OF THE DIALS

Some of you will be aware that the ‘small’ Co-op has obtained the lease to the block which contains Seven Cellars and Latina. As sad for the area as this obviously is, it seems like a done-deal and the Co-op will be taking over those two premises in 2025. It does not take too much understanding of 21st century business practice to guess that the Co-op will want to extend into the two shops and continue their takeover of the Dials and the pushing-out of independent traders that make ‘The Village’ what it is – a unique and precious part of Brighton & Hove.

Turns out the post was from Louise Oliver, owner of Seven Cellars (and shared by Tim Mortimer)

So yes. It seems there’s a proposal – application number no BH2021/03856 – to expand the Co-op, lose the Cellars and Latina, build some flats… A familiar story. But not one that’s written in stone.

We can change it. We can fight it. We can do stuff. The West Hill Hall was saved. There was the story of the Elm. This is no different. We can make our voices heard, we can fight back the forces of capitalism, we can cast off the yoke of oppression (OK, thank you, Wolfie).

There’s nothing wrong with having a Co-op. I’ve been in there, and I’m sure you have too. But we’ve got a Co-op. Actually we’ve got two. How much Co-op do we need?

What can we do? It would be possibly legally unwise to advocate a boycott of the Co-op, and we can all make our own decisions about those things. So, we can stop shopping there. (Not advocating a boycott, your honour). We can be a bit more conscious about where we spend our hard earned. (Still not advocating).

And we can write. The planning register can be found on the council website at

4 thoughts on “The proposed Co-op development”