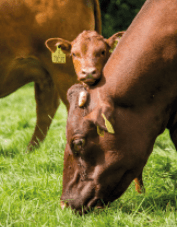 We don’t fly these days. Flying is, well, the planet you know. It’s My Fine Wife’s doing really – she’s more principled than me – but I agree with her, so we just don’t do it. But sometimes you’ve got to do what you’ve got to do, and so a few weeks ago, I found myself sitting in row 5, seat A listening to someone telling me the exits are here, here and here. In Spanish.

I haven’t been in a plane for years, since long before Covid, and I’d been unashamedly excited. We live, objectively speaking of course, in the best place in the UK, but there’s still something exciting and romantic about travel. When I was young, I used to go to Heathrow and just hang around, watching the planes fly off, wondering where they were going, fantasing about the adventures, wondering what it was like the other side of the “Departures” sign.

There’s nothing cool about row 5, seat A. I’m not sure Danny Wilde and Lord Brett Sinclair ever travelled Economy, and even if The Terrible Thing did happen I’m not sure I could get to the exits that are aquí, aquí y aquí because, as my new best friend, the guy sitting next to me, said “It’s cosy here, isn’t it”.

It’s quick and it’s cheap and I suppose that’s good in a sense, but really. Think about it. Anything that sells itself on being quick and cheap… it’s probably not going to be a great experience.

“Come and eat at our restaurant – it’s really quick and cheap”. It’s not where you’re going to go on your hot first date. On the other hand, I’ve just described the global fast food industry so maybe that’s not the best example.

The whole flying experience is  a bit odd. Before squeezing yourself into row 5, seat A you spend an hour and a half wandering around a faceless soulless shopping mall full of shops selling a variety of men’s clothes, women’s clothes, posh bags, shops that don’t exist anywhere else, shops that are completely empty. I walked into a men’s clothes shop, the t-shirts were all neatly folded into squares and the shirts were hanging up. I said “Hello” to the woman behind the till. She shuffled uncomfortably, like she didn’t quite know what to do.

“It’s quick and it’s cheap” – and as clunky links go, this is up there – made me think about this issue of Your Mighty Whistler. The reason we don’t fly isn’t because the experience is rubbish; it’s because the planet. And if you read “Gull About Town”, Feedback Special and the interview with Philip Lymbery, they’re all also because the planet. Everyone likes quick, everyone likes cheap, but we’re a little bit past that now. We’ve got to really start being a bit more careful and if Philip Lymbery is right and there are only 60 harvests left… quick and cheap won’t cut it anymore. As mother used to say, you get what you pay for. Maybe it’s time to stop doing quick and cheap. Maybe it’s time to take a bit more care, to take a bit more time and if it costs a bit more, well do it less often.