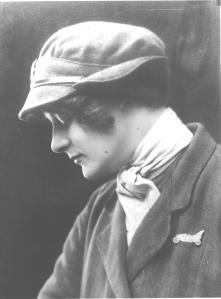 Aged 16 Dolly had found herself a job as a waitress at the Ally Pally. Why? Because she was desperate to hear the famous American Sousa Band and she certainly couldn’t afford a ticket. And after the concert, oh what joy, Sousa regularly sat at her table, and it was there that she overheard a conversation he was having with his friend Cody, Buffalo Bill’s namesake. Cody was a well-known showman, and part of his act involved shooting an egg from the top of his wife’s head. As his wife was unwell, he could not perform that evening, so Auntie, always loving an adventure, offered to stand in, and to her astonishment, it was agreed that she could. She admitted that had she known that he would be wearing a blindfold, she might have had some misgivings. The performance went well, and as a thank you, Cody, who was also an aeronautical pioneer working with kites, offered to show Auntie the aeronautical workshop at the Ally Pally. This was the beginning. 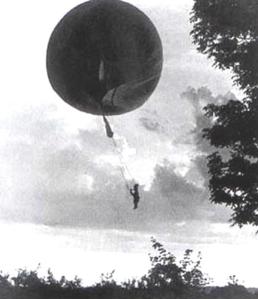 In the workshop, it was the famous French parachutist and balloonist, Auguste Gaudron, who asked Auntie if she would like to do a parachute jump herself. She was so thrilled at the prospect that she almost needed a parachute then and there to get her feet back on terra firma, and so began her extraordinary career at the age of 17. But that was not all. Auntie also performed the first mid-air parachute rescue as is recorded in the Guinness Book of Records.

This happened some time later, as a consequence of her having offered to take another lady up in her balloon. Unfortunately her parachute had failed to open, so with great courage Auntie took her on her back on her own parachute. She had certainly saved this lady’s life but as a result, on landing in a farmer’s field, Auntie had broken her back. There is now an oak tree in this field which the Farmer had planted in her honour after the fall.

Auntie loved our fascination with her stories, and they didn’t stop there. It was during the First World War that she became Uncle Percy’s driver. Their love blossomed, and so began another episode in her life. She and Uncle were devoted until his early death. 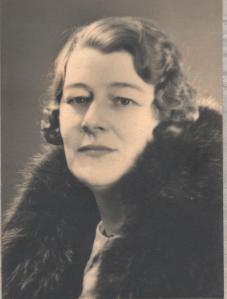 Sadly my memories of him were somewhat overshadowed by his extraordinary wife, but I will always remember his enormous waxed moustache, and his sense of fun. As well as inviting us to wee on the tomatoes, he would also allow us, as a special treat, to throw salt water over the slugs and then watch them swell up; a death he certainly saw as fitting given the damage they caused to his beloved garden. Sometimes at night, he and Auntie would turn out the lights in the sitting room so that we could watch the glow worms in the garden. Oh it was grand. After Uncle died, things changed, as Auntie and her daughter Molly would take a two week cruise each Summer. This meant that although we were still in the bungalow for two weeks they would be absent. But Auntie was there each day in spirit, as my sister Christine and I had an important daily task to perform for her. It was our job to listen to The Archers, so that on their return we could give a detailed account of all the goings-on in Ambridge. This we performed with diligence.

Auntie died in 1983 at the age of 97, but not before being invited to fly with the Red Arrows at the age of 83, and as a tribute to her, they did a fly past at her funeral. 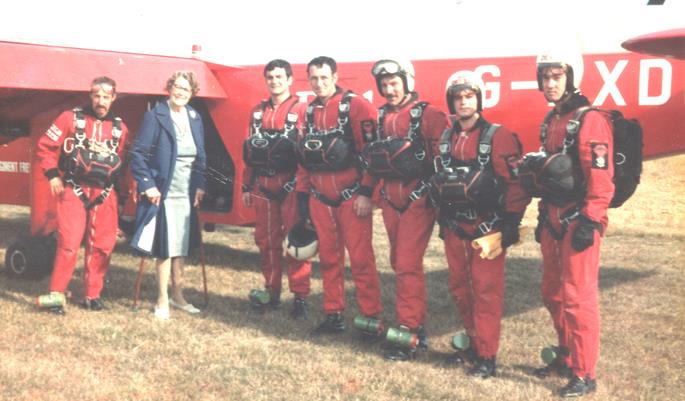 I cannot complete this memoir without mentioning one other thing. Many years later I accompanied a friend to a Christmas Bazaar where we queued to see a fortune teller. I had no sooner sat down than she spoke about my close connection to the seaside and assured me that there was someone there for me. Could I understand why she was offering me some Dolly mixtures and then showing me an ostrich feather? As a non-believer I became an instant convert. Perhaps I will return one day. Who knows! 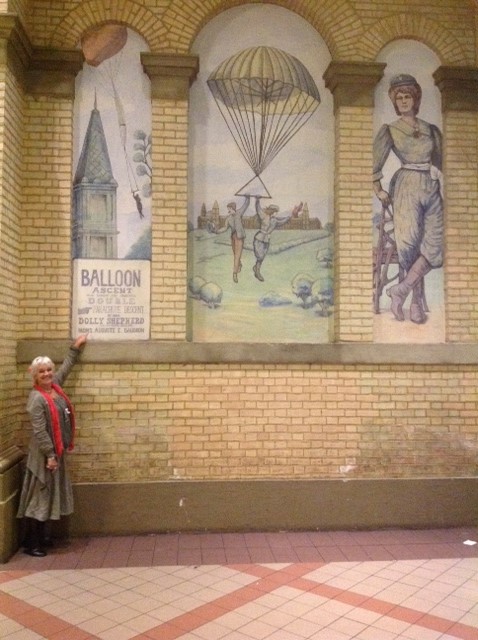 Kate at Alexandra Palace next to the murals of Dolly Shepherd